You even have a day that just feels like a Monday?

But let’s chat.  As you all may remember, when the blog first started, we would take a look at some celebrities and judge them.  You know like these:

Well since we haven’t had a lady be judged, it’s time to rectify that.  Step on down Nicki! 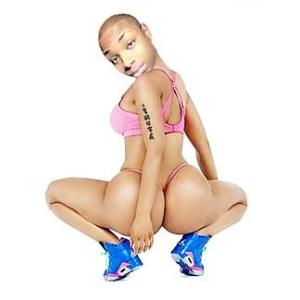 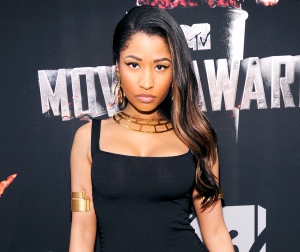 There you are!  Let’s get this show on the road.

Pro: Nicki is a capable rapper.

Let’s flashback to 2009, when Nicki burst on the scene with a bunch of star-making features.  I remember thinking that she was nothing special.  Clever, but not that interesting.  This was the first verse that really made me sit up and take notice from a signed artist standpoint (more on the mixtapes later).

This is FANTASTIC.  Witty, interesting, lyrically sound.  There’s not a forced rhyme in the entire verse.  Effective use of her accents.  There is not a single flaw here.  It’s the best part of the song.

But what it showed me was that I had been too harsh in my initial judgment.  I may not have been a huge fan, but the lady can rap and rap well.

Long Version: These songs aren’t interesting.  Nicki doesn’t have a terrible singing voice, but it’s not one that we need to hear when she’s capable of Monster style verses.  The rapping here defaults to L’il Wayne style broken similes and metaphors that feel lazy to me.  I just don’t get excited about Nicki Minaj music 90% of the time.  I feel like I’m going to get something dull and plodding (Your Love, Pills and Potions) or something zany yet bland (Starships, Super Bass).

For the first few years, Nicki ran around looking a clown’s ass and we just let it happen.  Her wigs were always bright and colorful but sat too low on her forehead or were plagued by tragic wig glue.  Her make-up…was frightening.  In the wake of Lady Gaga’s “style,” Nicki’s felt try-hard and uninspiring.

Like this?  This is dumb.  This isn’t interesting.  There is no message.  It’s just stupid.

However in 2013, Nicki Minaj started looking like a human and dressing in a more toned-down manner.  I hate to seem like I’m discouraging her creativity, but she looks amazing.

Not only did it let us see what she looks like, but it had the effect of pressing “Reset” for those of us who were non-fans and others who loved mixtape Nicki.  It’s one of the most effective image makeovers in history.  I’m reminded of Dorothy Dandridge.  Some of you may or may not know, but Dorothy Dandridge had a very sweet and “apple pie” appeal when she first broke in Hollywood with the Nicolas Brothers.

She’s obviously a dynamic performer and talent, but she’s miles away from becoming Carmen Jones.

SO. HOT. RIGHT. NOW.  She’s like sex personified in the role.  It was this role that would infuse her nightclub acts with sensuality and become her lasting image rather than her earlier roles.

It’s my hope that this is the route Nicki is taking.  I’m open to liking her and her music more now because I think she looks amazing.  Had she started out this way, I would think that she had nothing more to offer, but now I feel like she deserves another shot, if that makes sense.

Let’s flashback to the BET Awards.  I said this,

But back to Nicki coming for Iggy’s writing credits and authenticity.  Girl. Good. Bye. I don’t say that because I’m some huge Iggy fan or anything.  But to come for someone who is having career success when you’ve just beaten her for an award is petty.  It doesn’t make you look good.  It doesn’t speak well for your belief in YOUR career.  And to have Nicki Minaj come for anyone on the grounds of authenticity when she has run around for a good 5 years wearing multi-colored quick weaves, speaking in tragic accents, and calling herself a Barbie just reeks of a lack of self-awareness.  Writing all of those lyrics gave us Stupid Hoe and Twinkle Twinkle Little Star.  So good for you?

And you know, I stand by this.  Most of Nicki’s first two years were plagued with dumb drama with L’il Kim over “not paying enough homage.”  It was petty and stupid then.  And Nicki’s reacting to Iggy’s success now is petty and stupid.  Nicki’s lane is secure and clear, despite any misgivings I may have about her.  Iggy being a part of two great summer songs has nothing to do with her.  She may not be a fan but just relax and know that you are and can do better.  People who are comfortable in their position don’t worry about what others are doing.

Now, I had to break this out separately.  What. The. Fuck.

Who thought this would be a hit?

This is Nicki at her most indulgent and terrible.  Anybody who did not see it for her can point to this song & video and prove their point.

Or at the very least, pays lip service to it.  I’m a big supporter of women standing up for themselves and their causes.  And I appreciate that Nicki does the same in her way.  Her response to Loyal at Super Jam was great.

And while I don’t care for the Anaconda cover, I don’t feel like there’s any reason for the uproar.  It’s just her ass cheeks.  This is Nicki Minaj we’re talking about. Her ass is her brand.

Con: Defensive, thy name is Onika.

Back to the point, I was making about the Anaconda cover and uproar.  Nicki went on a rant with images of other non-Black women with their booty butt cheeks out or half-dressed when people critiqued the cover.  While I agree that there is nothing particularly wrong with the cover, I feel like this is an Azealia Banks move.  It’s not that Nicki shouldn’t respond or that she can’t respond.  It’s that instead of managing her career in a way that an artist of her stature can, she’s still acting like a struggling artist whose record sales live and die by Twitter.

She’s more than that and I think that there’s two ways to respond.  Get you an interview with Jimmy Fallon or Chelsea Handler and state your case.  Or release a freestyle called “Unbothered” with several pictures of your ass in all of it’s glory.

Going back a little bit, remember her “feud” with Mariah Carey?  Mariah Carey is a rude and shady bitch, but losing your cool isn’t how you fight someone operating at that level of mastery.  You do some digging

Without Nicki, these things wouldn’t be here to tickle me.

Those little girls are mega adorable.

Con: Her Live Performances Leave Much To Be Desired

I’ve said a couple of times that Pills And Potions is a boring song that really had no business coming out for the summer.  But the decision was made and Nicki performed it at the BET Awards with that cheap bunny costume, giant mushroom prop and one contemporary dancer.  It’s interesting that she pulled from Alice in Wonderland given Lewis Carroll’s thinly veiled drug references in the original, but there’s always something lacking in the execution.

I’ve never seen a Nicki performance that was “creative” that didn’t come across as juvenile.  To me, it feels like she has the idea first and does not think anything through until the day of the performance.  I’ve seen stans make the argument that she majored in Theatre in high school and that’s what I get from these performances.  High school spring musical.  At a struggling high school.

I’ve just sat through a few performances and I’m still bored.  It’s all lackluster booty popping (for the rap songs) or forced creativity.  Thanks but no thanks.

Pro: She gave Cassie a job!

You all know how I feel about the Original Queen of Music.

You know, I was making this list and I was pretty sure that it would come out as a positive for Nicki.  While I can’t say I’m a huge fan or anything, I really do think there is something to be said for her career.  It had been years since we had any female rappers doing anything of note.  Remy Ma has the talent and flow, but went to jail.  Shawnna is also a great rapper, but her own singles never had much commercial appeal outside of hoodrat clubs and college parties.  Nicki was able to rise to the top with a slew of memorable verses and catchy songs.  She’s managed to keep control of her career in some ways and redirect it away from a sinking ship.  She’s got talent and spark.

But I’m still not convinced.  I’m just not moved by her own material enough to really be on her team.  For every triumph, there’s a complete flop.  For ever accurate point made, there’s something petty and insecure the next day.

I would like to see Nicki find a way to just truly own her star image and sound.  I think once she stops trying to “make hits” and relies on what got her signed in the first place, she’ll be golden.

What are your thoughts?  Let me know in the comments or over the twitter machine.

Listen. It’s Grammy Sunday, a fight is happening on Real Hoodrats uhhhh Houewives of Atlanta, I have to lesson plan, clean my apartment, AND do laundry. Clearly i’m just now starting the day, so I’m keeping it simple and cute today.

Whenever there is an award show, Oscar’s included, I only ask ONE question. “Is Beyonce going to be there? If she’s not I most likely will not tune in. In honor of tonight and the QUEEN PERFORMING (YAS GOD) … I present her Grammy performances.

2) Dangerously in Love….When she catches that bird …. I knew it was love.

3) If I were a Boy…. She literally OPENED by stomping on your snap-and-go wig…. You just had to deal with it.

4) One time she performed Listen…and we did. SHE’S MORE THAN WHAT-UHHHHH…. YOU MADE OF HERRR!

Y’all ready for the Grammy’s?! Next year she BETTER win 55 Grammys for this album. Best Folk Album? Beyonce. Best Rock Song? Yoncé. Taylor Swift is just going to have to sit back and deal. #SorryNotSorry