So I’m running on E when it comes to a topic today.  And you know what that means!  Arbitrary list of 5 music videos!!! 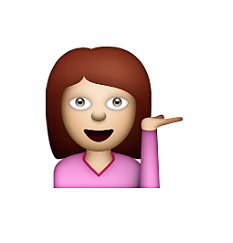 So there is a 100-day music challenge which I’m obviously not going to do.  But I used Excel’s Random Number Generator to randomly pick 5 of the questions so I could put this small playlist in your life.  Let’s go!

2) A song from the first album you ever bought. (What was the album?)

Now I was not rich growing up.  I remember being completely jealous of my classmates and friends who had CD players (Discman’s specifically).  The summer between 7th and 8th grade, my mom bought me my first CD player and I was so freaking excited.  The first two CD’s that I owned were gospel compilations (Do they still make WOW Gospel?).  But the first album I purchased with my own money was The Miseducation of Lauryn Hill proving that my taste has been flawless forever.

But this song.  I get emotional listening to it every single time.  Like I remember every time that I’ve craved someone.  That I’ve loved someone.  I just close my eyes and I’m instantly in that moment.  The moment where I fell.  I don’t know how you could listen to this and not feel something inside.

41) A song you can remember from when you were at school.

Song: Joseph’s Coat (The Coat Of Many Colors)

Umm…this is a stupid question.  To force it to make more sense, I’ve decided to pick a song I remember from middle school.  That’s when I got my Lauryn Hill album so why the hell not.

So back in seventh grade, I had my star-making role of Isaachar in my middle school’s production of Joseph and the Amazing Technicolor Dreamcoat.  ::sarcasm:: It was really fun though and this is the song that comes to my head as soon as I think of my musical experience.  Also, getting to be nasty was pretty fun.

71) A song by an artist with the same first/last name as you.

Song: All You Wanted – Michelle Branch

Come on White Cousin!  Listen, Class and I were just talking about how the group of ladies who snatched the early 2000’s with their flawless bops, Michelle included.  I think it was a reaction to the Britney/Christina/Jessica/Mandy vein of sugary sweet pop music.  They made Michelle, Avril, Vanessa, and Fefe come across more edgy and “real” and that resonated with huge part of my generation.  Twas a good time.

Don’t even pretend you don’t like this song.  It’s fabulous.

Who made up this challenge again?  These questions are stupid.  So I’m just going to give us an 80’s pop song because WTF.  Why would I assume they think they are cool?  Wouldn’t that only leave me with Corey Feldman as the only option?

ANTYWAYS! Let’s talk about Samantha Fox and how she is one of my patron saints.  Some people have martyrs and holy people, I have late 80’s pop stars.  Don’t judge me.

But this song is EVERYTHING.  This is a bop in every sense.  The dance beat with the hip hop influence.  The male background singers? Come on!

The gayest gang since the Bad video.

NO MORE FUN AND GAMES OF THE MIND!

Title: Kiss Me On My Neck – Erykah Badu

Some of us haven’t been to romantic dinners.  Rude ass questions.

But legit, I don’t give Erykah Badu nearly the props she deserves for the quality music she has brought to my life.  I feel like this is the kind of song you want playing gently as you wrap up the meal where you dance and sway a bit together.  As the dinner turns towards a nightcap.

And who doesn’t want a kiss on their neck? Amiright???

Now it’s on you people. Are these questions as dumb as I think they are?  What song would have picked for that 80’s question?  Leave us a comment below!