So before we get into the meat and potatoes of this entry, I want to talk a bit about Zendaya in the Aaliyah biopic. Now I don’t mind the casting seeing as how she is a singer and acts these days. My hope is that she gets positive press for it because she came across sweet on Dancing With The Stars and I love her song, Swag It Out.

But that’s enough of that. Time for my new bae, light of my life, and fruit of my loom. O’Shea Da Model. 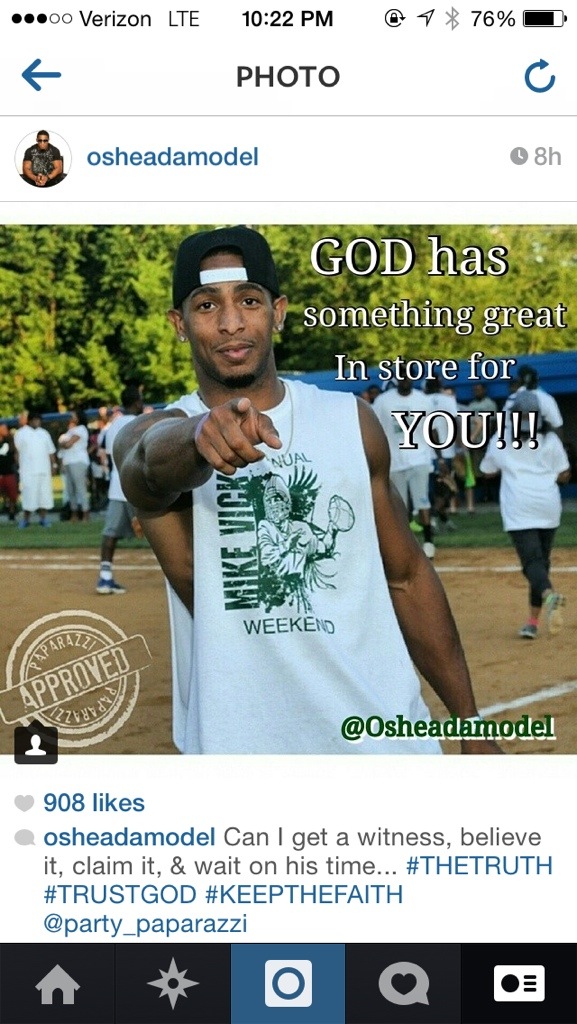 Yes! O’Shea believes in you! So this king came into my life via Love and Hip Hop Atlanta. He was introduced when Young Joc tried to steal him from Erica at the bowling alley. He then volunteered to pay only to ask Erica for the money.

But then strife! Last night, Erica and Scrappy Doo met and O’Shea felt a way about it. So they fought and he left in a huff. Bye Ashy!!!!

But you see, O’Shea runs out of gas in his 2004 Ford Explorer. And has to call Erica to help. Erica finds him by some train tracks.

They argue about how he NEEDED to know about the meeting. Erica is all, you tried to make this dramatic ass exit and couldn’t do it because your car was E.

So at this point, Erica has pulled out her card and HE GRABS FOR IT WHILE ARGUING HE DOESNT NEED IT!!!!

EDIT: I was just reminded that he screamed “I KEIR!!!! I KEIR!!!!” during the argument.  He’s just so sensitive, you know!

Let me tell you that this is my absolute favorite scene from the show. I have not laughed so hard at so much struggle since Karlie Redd hit the Louis, Prada, Gucci on Season 1.

Listen, we all hit hard times. And we all need a little help sometimes. But to get on national television and run out of gas while making your dramatic exit?

Welcome to my heart!!!

Have you all been watching?  What do you think of trashy season?  Let me know!