Until Beyonce released her album in December and stormed the remaining days of 2013, the year really seemed to be about Justin, his hot comb, and his 20/20 vision.

But to be honest, I can’t seem to decide how I feel about him, so I’m going to take your Saturday and walk through this.

Argument: Justin is a fantastic singer and makes great music.

I remember in high school when “Like I Love You” came out.  Justin had just trimmed his ramen noodles and slept with his first chocolate lady.  He paid Pharrell in vampire tears, dragged Chris Kirkpatrick out of the studio by his yarn braids, and watched Michael Jackson’s Motown 20th anniversary performance.

I remember buying his first album and wearing it out.  Senorita!  Rock Your Body! The album had hits!

And he kept the streak going, Sexy Back, My Love, and Until the End of Time.  Timberlake and his eye bags kept my body rocking.  But then…

I love R&B almost to a fault.  To sum it up, I found it boring.  I thought a lot of the romantic lyrics fell flat.  I felt that the songs dragged.  The production didn’t excite me.  And yes, I’m talking about Part 1.

Part 2…was trash.  We can agree to disagree with Part 1, but those Part 1 rejects were unacceptable.  I won’t stand for it.

Argument: Jessica Biel is so boring, that she inspired hatred.

Far be it from me to tell Justin who to marry.  But speaking specifically from a celebrity perspective, what does Jessica do?  Being in terrible movies seems to have run out.  Justin doesn’t seem to bring her to awards shows (squats as slavery??).  All the seasons of 7th Heaven have already been released to DVD.

That Maxim cover from a time when Bow Wow was still L’il just isn’t enough to keep her relevant.

I’ll leave this here as the conclusion to this argument.

Lonely Island is funny.  Dick In a Box is still being used by the bros to get a cheap laugh.  That’s when you know that you have made it!

And I actually want to acknowledge his participation in Bad Teacher.  That movie was amazing for Cameron Diaz and Justin was good in it.  I’ve not seen that Facebook movie but he was praised there as well.

His movies may not do well but he is not the worst part of his feature films. Argument: This exists and is flawless. 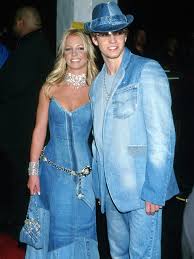 I’m still meh on Justin Timberlake but this has been a great way to talk about my feelings towards Justin. He has talent but I didn’t like his latest project.  He’s funny and decent actor, but has picked mostly blah material.  His wife is dull but he seems to be in love with her.

Now release some good music and seriously stop pressing your hair.  It’s weird and it ages you.

How do you feel about Justin?  Let us know in the comments below or on Twitter at @ClassNTrashShow.